It was 5.58 pm two days ago when I was walking home from Simpang Lima to Kemuning. Just about ten meters from Gereja Baptis Indonesia on Jl. Gadjah Mada and next to some martabak stalls, I stopped. Not because I had left something behind nor somebody called me, it was the light of a small TV set that caught my view. I walked closer to find out who put it there. There were two boys wearing shirt in rags; I guess the younger is about 6 to 7 years old and the older is around 12 to 13 years old; sitting on the path just right in front of the gate of the church and watching the television with their curious faces.
I wonder how amazing it would be if the TV and the two boys are in a house with a mother and a father to accompany…

In a society where tradition takes big roles in life, there are certain rules about handling children that is a must. Javanese for instance has always made some rituals when a woman is in pregnancy. The most celebrated before giving birth probably is the one called ‘pitonan’. Pitonan is a grateful party held when the pregnancy has reached 7 months, usually for the first child. The purpose is of course to thank God for the child and to achieve the responsibility in taking care the children since now and then.

Most religions also have their parish commit to take care of the children. In Christian, the parents are sworn to love, to lead, and to protect the children in Christ when a child is baptized for the child is a gift from God. And until the Day of Judgment there will be time when God ask the parents and every grown up person this question: “What have you done to the little one I have sent you?” In other words, the parents are asked to be responsible of the child’s life since the day a child is given.

Nowadays, most countries are dealing with matters about women and children in poverty. Children are expected to be a better young generation and women are asked to support the children with love, mental stability, and education as their basic needs. But how can a woman support and lead the children to the best if most women are still overshadowed by discrimination, disempowerment, and poverty?
In this essay I will try to elaborate the condition of children in poverty around the world especially in Indonesia. And that the participation of societies in governance system will also contribute to a reduction of poverty in the year to come. I will also apply that empowering women in all aspect of life can be one of hundred ways for a better child development.

CHILDREN IN POVERTY IN INDONESIA

In June 2005, World Health Organization researchers published a study showing that 6 million children die each year from diseases. Dr. Nils Daulaire from Global Health Council stated that every three seconds a child dies from pneumonia and diarrhea while others are dying from neonatal causes and malaria. Most of the children are those who live in poverty and a family that earns less than the international standard (US 2 dollar per day).
The two reports are just few from thousand reports published in this decade. Poverty itself correlates with hunger, maternal health, the lack of access to education, environmental sustainability and less awareness of free sexual behavior that cause many diseases includes HIV/AIDS and result in higher number of death.

How about children in Indonesia?
In July 2004, Australia-Indonesia partnership reported that more than a half of 210 million people in Indonesia are susceptible to poverty. In 2002, World Bank estimated that 53 % of people (111 million) live in poverty below the international standard (US 2 dollar per day). They cannot afford even to primary school, health access, and thus lack of nutrition. About 25 million are unable to read. Lots of community do not have decent basic infrastructure such as clean water, sanitation, transportation and electricity. Bias perception against women is still a hot issue among social conflicts and natural disaster which cause more people become refugees and refugees are susceptible from diseases for the lack of those basic infrastructures.

Among 11 million, the World Food Programme (WFP) stated that about 13 million are children suffered from hunger. As reported in Suara Pembaruan, July 2007, most of the children particularly are found in three areas; cities, conflict areas, and potentially disaster areas. Another big issue caused by poverty in Indonesia is human trafficking, also mostly women and children. News’ indicate the trafficking cases are seen in mass media almost every day.

Reading, watching, and listening to the facts above certainly will lead us to a question ‘why’ and a big question mark: WHY?

As citizen of a grown up country we are expected to not put the blame on another person’s shoulder, although it is often unavoidable. Most problems in a country are rooted in its political, governance and economical system but the main is in the actors who run the system. As for political and governance, since I am not expert in it, I still figure out what the proper system should we use although I believe the measure of ‘proper’ is, again, depend on the actors. But in my point of view, this condition is supposed to be the sting for societies to react even more to reach democracy. Artists, intellectuals, journalists, actors and actress need to make more movements against the hunger of children, poverty and the corruption in Indonesia. The continuing movement of protest in many ways can be and are becoming a government control in running this country. It may not influence the children in poverty right away but within five years the governance will be run by people who take side on the poor, we hope.

WOMEN’S INFLUENCE IN CHILD DEVELOPMENT
Despite progress in women’s status in recent decades, a study showed that women in most places earn less than man for equal work. Another report states that millions of women throughout the world are subject to physical and sexual violence, with little recourse to justice. As a result of discrimination, girls are less likely to attend school; nearly one out of every five girls who enroll in primary school in developing countries does not complete a primary education. Education levels among women correlate with improve outcomes for a child survival and development.

That is why we must work from now on to ensure that women have equal opportunities with men in all aspect of life includes education, government, economic self-suffiency, and protection from violence and discrimination. One key action in education can be started by encouraging parents and societies to send the girls to school. When a girl is well-educated in good environment she has been aware about her rights and prepared for future struggles and so the following aspects can be well-organized.

But many times even in a family where the wife and the husband is educated, it has nothing to do with making decision in household. Many reports find that women do not have equal rights in crucial household decisions. Further, it can have negative consequences for the children. Recently, UNICEF reports that in only 10 of 30 developing countries surveyed did 50% or more of women participate in all household decisions. In families where women are tend to make decision more than men; a result in the proportion of resources devoted to children is far greater than those in which women have less decisive roles.

In Indonesia, women as decision makers are still rarely found though is in progress now. The more women are empowered to have ability to control their live and make decision that affect their families, the more children will be nourished, healthy, and educated. In addition, the women’s involvement in governance can have positive impact in developing well-being children because they can demonstrate as advocate for children. Again, it may not influence the children in poverty right away but in 5 to 10 years more children will be saved from hunger and poverty.

I don’t know about you, but talking about #Balige always gets me lost.
Lost in word…in time…in memory.

I’ve encountered that ‘problem’ since I was in college. Being away from Balige had opened my eyes about its beauty. Of course, that thought and new insight came from a comparison with other places I visited while studying in Jogjakarta. You may say ‘been there, Vin’… But when it comes to write about it, I get lost. Couldn’t start any word, just lost in memory and time. Ah, wait wait. I see you almost get lost as well. Let me tell a bit about #Balige

Balige is a town in North Sumatra province. It became the capital of Toba Samosir Regency since the year 2000, just few months after I left for college in Jogjakarta. It’s about 240 km from Medan. Yeap! That far from the biggest city in Sumatra Island. It takes around 4 to 5 hours from Medan to Balige by car. It maybe longer using public transportation, you know the stopping-by at every station. We use to make joke that someone will arrive sooner in Jakarta from Medan than those who travel to Balige despite Jakarta is farther, in fact in different island. Thanks to the increasing development, now you can just take flight from Medan to Silangit, with smaller aircraft of course :D. Silangit is about 30 minutes from Balige heading to Siborongborong. Now, most people are confused with the fact that this airport is brand new. Not exactly, it was first built in the era of Japan colonial in Indonesia. We’ll discuss it later. See, I’m in a mission to introduce Balige, especially the heart of the town, to the world 😛
…..
See, I just started, but I’m lost already…this pictures of Balige crowd my mind. I need to restructure them, which goes first. Is it the old church built by Ludwig Ingwer Nommensen? Or maybe the traditional market? Probably the lake, yeap, Toba Lake happens to be there.
Ah…I’m gonna take a break.


taken from wikipedia…psst, my house is on the other side of the market
July 16, 2013 by oktovinabutarbutar Categories: TravelistaTags: Balige, Batak, Lake Toba, Nommensen, Silangit 2 Comments 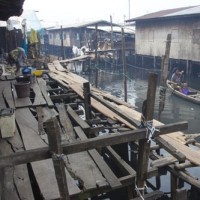 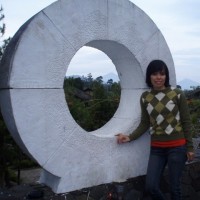 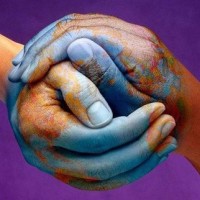 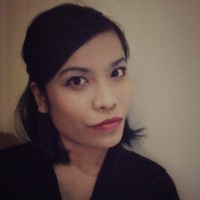 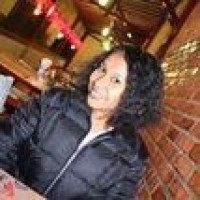 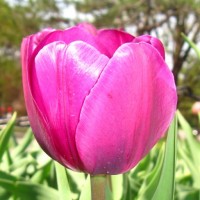